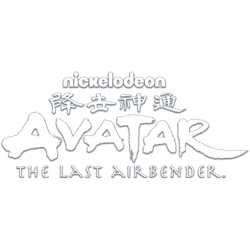 The Avatar Battle Pass was the tenth Battle Pass to be introduced to SMITE and the fourth battle pass in Season 7. It was released on July 14, 2020 and ended on September 8, 2020.

The battle pass features god skins for Susano, Skadi and Merlin along with several misc cosmetic items themed after the show.

The heroes of the Avatar: The Last Airbender and The Legend of Korra join the Battleground of the Gods in an all-new Battle Pass. Earn Battle Points while playing SMITE to unlock the Aang Merlin, Korra Skadi, and Zuko Susano skins. You’ll also earn all kinds of incredible content such as The Avatar Loading Frame, the Raava and Vaatu Death Stamp, and more as you level up through each of the 120 levels.

Unlock Zuko Susano when you purchase the Avatar: The Last Airbender Premium Battle Pass in-game for 750

Get an instant boost to level 25 by purchasing the Avatar: The Last Airbender PLUS Battle Pass. This option instantly unlocks all rewards up to level 25, including Korra Skadi.

The SMITE x Avatar: The Last Airbender Battle Pass brings you even more content with the Prestige Track. Once you’ve completed the first 60 levels of the Battle Pass, go on to earn Prestige rewards including Avatar Korra Skadi, Blue Spirit Susano and the ultimate reward: Avatar Aang Merlin!

Rewards that are Free as the Air (Nomads)[]

Every SMITE player earns rewards, even without purchasing the Battle Pass. Begin leveling on day one and unlock awesome loot for the FREE track including the Team Avatar Jump Stamp, chests, and more!