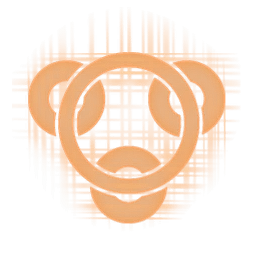 “These ancient pyramids, built long before our recorded history, contain vast secrets untold. From where did our people learn this artistry? The craft and the guile to construct so wondrous a monument? From where did they conjure the shapes and symbols of these mysterious hieroglyphs?

In answer, where else but our Gods?

Yet, so unlike the rest of the world are we. Our constructions so unique, our beliefs so foreign, our Gods so alien.

And therein lies the answer. To believe our Gods are not of this world, nor of our heavens. Otherwordly in a sense more literal than merely divine... our Gods are from another planet.

Herein this ancient tomb, I believe to be the remnants of their lost past. The history of a world left shattered. Their shame and defeat made manifest.

Come, adventurer. Together, let us unwind the mysteries of these symbols and discover truth beyond our wildest imagination.”
~Alazlan, Historian of the Kingdom of the Sun

Discover the world of ancient Hieroglyphs as you join your favorite Egyptian gods on a Celestial Voyage! Along your journey you will unlock secrets, solve challenging puzzles, and earn celestial-themed rewards. The one secret we can tell you now – there are many rewards for all who wish to traverse the stars.

There are several skins that are available for direct purchase during the event.

Start a quest by clicking on a Bonus Reward. A set of Hieroglyphs will appear at the bottom which will allow you to pick and start a quest. There will be 12 quests available and you can only complete one quest at a time until the end of the event.

Completing a quest will activate the Hieroglyph associated with that quest, which you can use later to unlock Bonus Rewards. Quests will award the specified 100 favor, Enigma Chest, or 30 Fantasy Points upon quest completion.

Earn Bonus Rewards by crafting the correct sequence of activated Hieroglyphs. Once you have 3 or more Active Hieroglyphs and 1 Craft Point you can start earning these rewards. You obtain 1 Craft Point for each Celestial Voyage themed Skin you Unlock.

Clicking on the specific Bonus Reward on the left panel will show the description with hints on what the correct Hieroglyph set is to unlock that specific Reward.