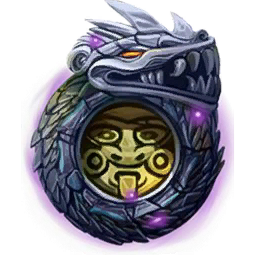 Corrupted Arena was a game mode and the fourth of the Adventures in SMITE. It was available between August 16, 2017 and September 26, 2017. 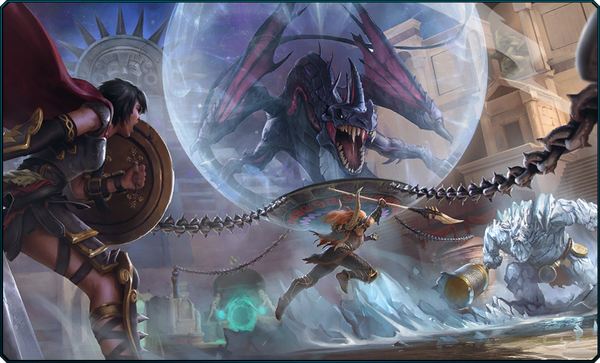 The Maya Pantheon has corrupted the Arena... And it's more dangerous than ever.

Kukulkan has been imprisoned inside of the Roman Arena. Can you escape the wrath of Kukulkan as he rain down destruction in his struggle to escape?

The Arena you know is being destroyed. Gaping chasms scar the floor and meteors fall from the sky as players battle in the Arena.

The Corrupted Arena game mode is similar to the normal Arena mode, a brawling deathmatch where your goal is to defeat enemy players and their minions by reducing their side's ticket to zero. The difference is that Kukulkan has been imprisoned inside of the Roman Arena and is wreaking havoc.

These gods cannot be picked for the Corrupted Arena:

These items cannot be purchased in the Corrupted Arena:

As you play the Corrupted Arena, you'll earn

Shards. Purchasing the Corrupted Bundle will increase how many shards are earned per match by 2x. Shard bundles of 2500

Players can spend those shards to unlock special Treasure Chests containing mystical loot. Claiming all the 24 rewards in all three chests will award an Awesome Chest, a special chest containing a guaranteed Exclusive God Skin.

Celebrate and save with this great bundle! Included is the Kukulkan Dragon's Rage skin, a Corrupted Ward Skin and a Gold Key - Your ticket to a Limited Skin from the Gold Vault. This bundle costed 900

while the Corrupted Arena was available.