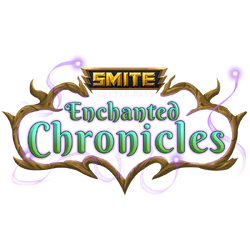 The Enchanted Chronicles Battle Pass was the seventh Battle Pass to be introduced to SMITE and the first battle pass in Season 7. It was released on January 28, 2020 and ended on March 24, 2020.

The battle pass features god skins for Heimdallr, The Morrigan, Ares and Fenrir.