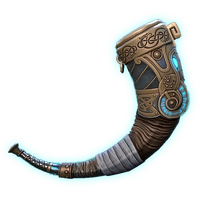 Heimdallr's Crossing was an adventure type game mode in SMITE. It was available between December 11, 2019 and January 28, 2020.

This mode is a variation of the original Fafnir's Wonderland, created for the Odyssey: Underworld event and themed after Heimdallr.

All players who participate in at least one match of Heimdallr's Crossing will earn the exclusive Ferocious Hen Avatar.

There are several challenges that players will have to face in this mode. After round 10, hard versions of previously beat challenges will start to appear. These hard encounters have thougher bosses than normal, with some of them having additional enemies or mechanics that increase the challenge. Upon losing, the game will display a tip to help players beat the encounter next time they face it.