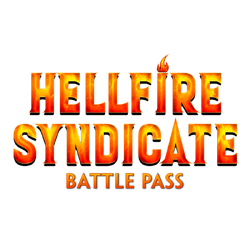 The Hellfire Syndicate was the nineteenth Battle Pass to be introduced to SMITE and the first battle pass in Season 9. It began on January 25, 2022 and ended on March 22, 2022. 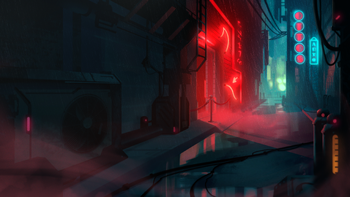 No one dares to doubt your reign on the Battleground with the SMITE Hellfire Syndicate Battle Pass! Earn Battle Points while playing SMITE and unlock all kinds of incredible content such as the Hellfire Syndicate Loading Frame, Miss Misery Announcer Pack, and more as you level up through each of the 60 levels.

Get an instant boost by purchasing the Hellfire Syndicate PLUS Battle Pass. This option includes the Premium Battle Pass and 13,000 Battle Pass Points which unlocks all rewards up to level 25, including Miss Misery Nike.

Every SMITE player earns rewards, even without purchasing the Battle Pass. Begin leveling on day one and unlock awesome loot from the FREE track including Devil Punk Da Ji, Viewer Points, Chests, and more!