The Quest System in SMITE was introduced with SMITE Version 3.1.3217, the patch released on February 2, 2016. Players can complete quests to earn rewards like

Progress for any kind of quest isn't tracked when playing special game modes such as Match of the Day and most adventures.

Weekly quests are the standard type of quest in the game. Players receive one weekly quest each Sunday and each Wednesday, and can have up to a maximum of two quests at a time. Players can re-roll one of their quests once a week. Each standard quest grants 300

The Quest System is also used to track the tasks and quests for special events such as completing several First Win of the Day bonuses. These quests are independent of the weekly limit, cannot be re-rolled, and are only available during their respective special events.

*Past "Bonus Reward" rewards have included the following:

Training Quests were introduced into the game with SMITE Version 3.3.3273, the patch released on March 1, 2016. This is a quest chain wherein new players complete a series of tasks to learn about the basic features in the game. Players can skip any of the quests, but are unable to complete it in the future, preventing them from receiving the reward that quest provided. 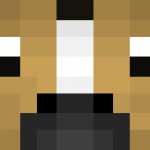