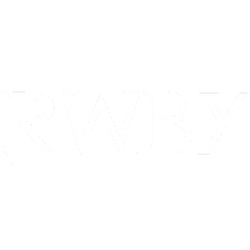 The RWBY Battle Pass was the sixth Battle Pass to be introduced to SMITE and the first crossover battle pass. It was released on November 12, 2019 and ended on January 28, 2020.

Ruby Rose and her team of huntresses join the world of SMITE in its newest Battle Pass: RWBY. Earn Battle Points while playing SMITE and unlock all kinds of limited and exclusive content such as the RWBY Music theme, announcer packs from each of the huntress' voice actresses, Zwei ward skin, and more as you level up through each of the 60 levels. You will also earn in-game currency for reaching milestones along the way. Complete the RWBY Battle Pass to earn all the rewards on your track!

Every SMITE player earns rewards, even without purchasing the Battle Pass. Begin leveling on day one and unlock awesome loot from the FREE track including chest, favor, and more!

Want even more loot? Purchase the Battle Pass for 750

Gems to instantly unlock Blake Belladonna Amaterasu! Then, earn up to three more God Skins at levels 21, 42, and 60, just for playing SMITE. With every level you earn, you'll continue to get new rewards such as Yang Xiao Long Terra! Get an instant boost to level 21 by purchasing the Premium Battle Pass with Battle Points. This option instantly unlocks all rewards up to level 21, including Weiss Schnee Freya.

Players must accumulate a total of 75000

Players who own the premium pass can complete additional quest objectives to earn extra BP. There will be 20 quests in total, with two new quests being made available each week. All quests can be completed at any time up to the very end of the battle pass. Completing all quests will grant a total of 10000