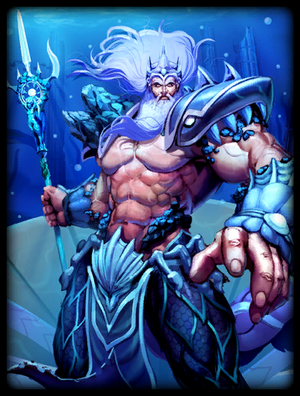 Poseidon summons forth a wave that travels in a line, dealing damage and pushing back all enemies in his path.

Poseidon summons a whirlpool at his ground target location that cripples targets, preventing movement abilities, and pulls targets toward the center dealing magical damage every .5s for 3s. Reduces Poseidon’s Tide by 30% when cast.

Poseidon releases the Kraken, damaging and slowing targets in its radius. Enemies in the center of the effect when it spawns take additional damage and are stunned and bounced into the air.

The following modifications have been made to the Domination game mode. Many of these changes were made based on Community suggestion:

Hide of the Nemean Lion[]

Mark of the Vanguard[]