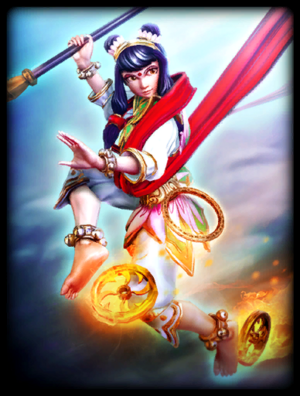 Child of the Lotus (Passive)[]

When Ne Zha dies, his indomitable spirit is reborn from a Lotus at his location, healing nearby allies every second while increasing their protections. Ne Zha’s basic attacks also utilize a four swing chain, with the final attack in the chain dealing damage to all enemies in front of him. Heal per Tick: 10% of Ne Zha’s Maximum Health. Protections: 30. Duration: 6s.