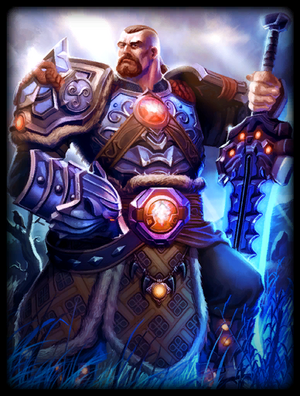 ASSAULT Stance: Tyr pushes all enemies along with him, hitting them 2 times and knocking them up in the air.

Tyr makes a massive melee attack, hitting all enemies within a 180 degree cone.

Tyr leaps through the air, bringing indiscriminate justice upon all enemies in the target area, and slowing them.