Cupid, the God of Love[]

Every hit with a basic attack gives Cupid a 3% buff to the damage or healing of his next ability. This can be stacked up to 10 times. Upon reaching 10 stacks, the next Heart Bomb or Fields of Love will stun enemies for 1s when they explode. 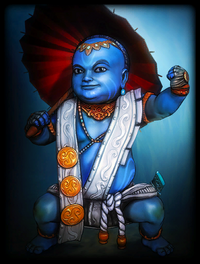 New keybindings have been added to allow players to quickcast their abilities. These can be found in the Settings menu as Quick Ability 1-4.

To fire Mummify, an Anubis player presses the 2 key, then aims with the mouse and then left clicks to fire.

To fire Mummify, an Anubis player presses and holds the 2 key, aims with the mouse and then releases the 2 key to fire.

A new queue type has been added to allow pre-made 5-person teams to challenge each other.
Steps to create a challenge match:

Type /lfg in the System channel to join the Looking for Group channel.
You are removed from this channel when you join a match and must opt back in between matches by typing /lfg again.

The Passive on this item has been changed:

Changed this ability to have a ground target before firing.

FX changed to better indicate the length of the attack.

Fixed an issue where this ability didn’t always hit on its return path.

Changed this ability to have a ground target before firing.