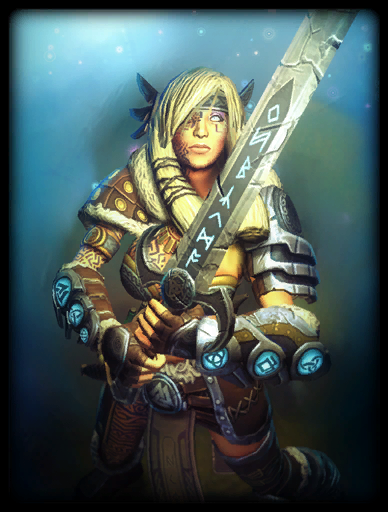 Freya's necklace converts 20% of her magical power to physical power, allowing her basic attacks to gain strength as her magical strength grows.

Freya activates a buff that lasts for 5 seconds that makes her basic attacks ranged that deal an additional 20/30/40/50/60 (+20% of your magical power) magical damage and slow by 25%, doing the same damage to nearby enemies. While Irradiate is active, the additional damage is halved while the slow and area damage are not applied. - Cost: 60/65/70/75/80 mana - Cooldown: 13 sec.

Item slots on the HUD now blink when you have enough gold to upgrade the item.

Spear of the Magus[edit | edit source]