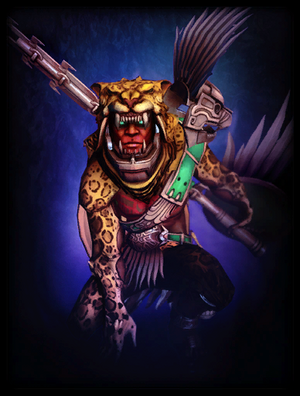 Any enemy gods that Xbalanque kills while Darkest of Nights is active increases his physical power by 5 permanently, maxing out at 30 additional physical power.

When Xbalanque toggles on this ability, his basic attacks deal an additional 10/20/30/40/50 physical damage. When the bola hits, it splits into 2 that hit enemies up to 30 feet behind the target for 30% damage (on-hit effects do not apply). Right clicking cancels the toggle.

Xbalanque rushes forward and then jumps into the air. While in the air, he fires darts at all nearby enemies, dealing 80/130/180/230/280 (+40% of your physical power) physical damage. Any enemies that were poisoned by Xbalanque take 50% more damage.

Special Game Mode of the Day[]