Smite Beta Version 0.1.1288 is planned for deployment on January 9, 2013. The servers will be down for a few hours during the deployment. Below are the notes for the patch. 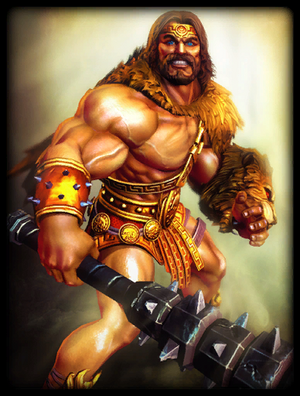 As Hercules takes damage, he gains 20 (+2 * your level) physical power based on a percentage of his missing health.

Hercules smashes the ground, sending a shockwave forward that does 60/110/160/210/260 (+50% of your physical power) physical damage to all enemies. Enemies at the end of the shockwave are thrown into the air towards Hercules.

Hercules rips a huge boulder from the ground. Throwing the boulder does 200/300/400/500/600 (+100% of your physical power) physical damage and knocks back all enemies where the boulder lands. The boulder continues rolling, doing 50% damage to all enemies in its path. Subsequent hits on the same enemy do 50% less damage per hit.

Hercules will be 11,000 favor for the first approximately 2 weeks after launch, then drop to 5,500 favor. The gem price is not expected to change in the near term.

Spear of the Magus and