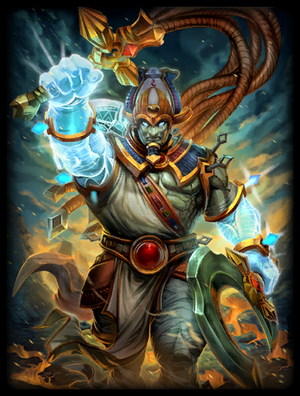 Osiris duel wields his Sickle and Flail, with a 4 hit attack sequence of 0.5/1/0.5/1s, where the last two hits deal damage to all enemies in the melee area.

Each time Osiris uses an ability he burns away a fragment of his body, gaining 2% physical damage mitigation for each missing fragment. After losing 8 fragments, he becomes his Spirit form. While in Spirit form he may walk through enemies and enemy blockers (except towers), and his basic attacks do not incur a movement penalty. This effect lasts for 6 successful basic attacks.

Osiris imbues his flail with spiritual energy, striking at the target ground location. Enemies hit take 80/130/180/230/280 + 60% of his physical power as damage, and Osiris gains 20% movement speed for 3s. If an enemy is under the effect of Sickle Strike, the Sickle is ripped out, and the target slow is increased in power and duration to 50% for 4s.

Osiris flings out mummy wraps, tethering himself to all nearby enemies for 4s. Targets hit have all their damage reduced by 10/15/20/25/30% +5% per second. The tether can be broken by targets moving far enough away from Osiris. Targets still in range after 4s, when the duration expires, are stunned for 1.4s.

Lord of the Afterlife[]

Osiris sheds any remaining fragments, immediately gaining the benefit of his passive, and leaps forward. Osiris will target the lowest health god in the area he lands and rip a fragment of their spirit out, dealing 220/320/420/520/620 +80% of his physical power as damage. Additionally, the target god can not receive healing from any source for the next 6s, until their spirit returns. Enemy minions and neutral jungle camps in the target area take damage from this ability.

With this patch we are launching a new League system, incorporating many of the requested changes from our community, and many of the features that have come to be expected in competitive ranked gaming. Highlights: 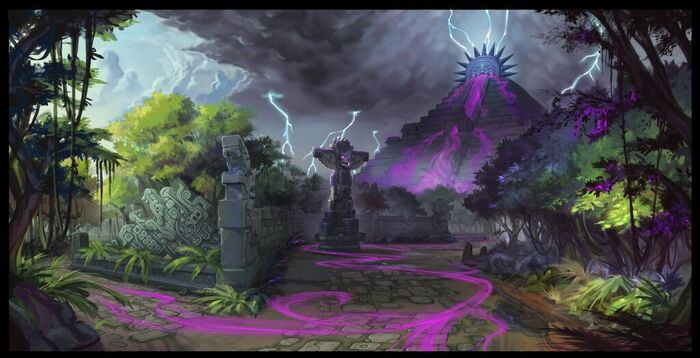 Siege is a two lane conquest-style map, with standard towers, phoenixes, and Titans as objectives. As a new feature, teams will earn points towards spawning Siege Weapons as they play.

Siege is in the very early stages of development, and we expect a lot of changes and revisions to it over the next several months. We look forward to hearing your feedback from this early Beta look!