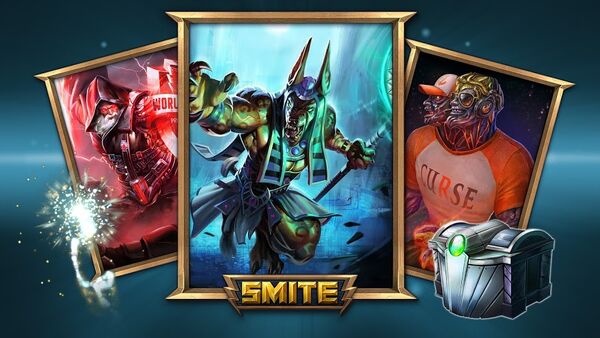 Players who purchase tickets to the 2016 Smite World Championship in Atlanta will also receive a bundle of special in game items. For players who can't attend the event in person, the SWC Digital Loot Pack gives access to the same items! This bundle includes:

“In this patch we are taking a new look at some core defensive items, and looking to better balance items with strong passives and hybrid uses against those that are pure defense.”

“Athena is known for her great map presence but we felt this ability was coming up too often in the early game, especially with cooldown reduction. Teams should now have more opportunity to play around Athena while this skill is on an increased cooldown.”

“Janus has been a mobile powerhouse with his ability to use low cooldown portals to his advantage. We love this playstyle but felt there could be room for more counterplay options. By removing his ability to portal himself and other players who are Stunned, Crippled, or Rooted, this should allow gods with these skills more opportunity to deal damage. Threshold is also seeing an adjustment, mainly around the potent slow it provided late game.”

“Sun Wukong is often seen as a bully in lane, having strong poke power and wave clear. These changes should reduce his ability to take return fire, while increasing the cost of pushing during the laning phase.”

“Aegis Assault often moved too fast for players to be able to dodge, especially from follow up Chain Lightning bounces. With a reduced projectile speed, players should be able to play around the shield more effectively.”