Each time Erlang Shen hits an enemy with a Basic Attack, his dog hits as well for 15% of his Basic Attack power, which trigger items for Basic Attacks at 15% of their normal damage and can Critical Hit.

Erlang Shen opens his third eye and analyzes the enemy's strengths and weaknesses. When activated, Erlang Shen gains additional Physical Damage (+25/40/55/70/85 + 15% of your Physical Power) on each strike, and ignores Basic Attack movement penalties for the duration for 5 seconds. While on Cooldown, successful Basic Attacks reduce the Cooldown of this ability. Cost : 60/65/70/75/80. Cooldown 14s. 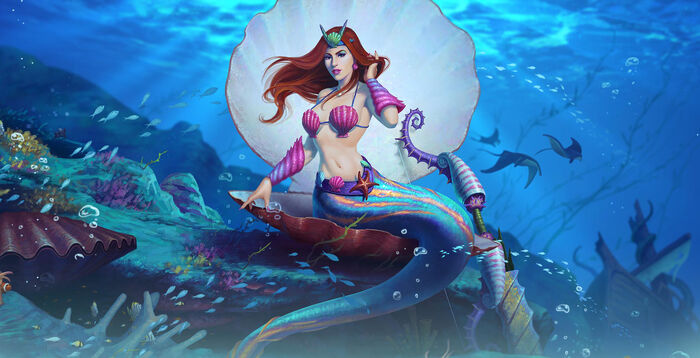 “A variation of one of our favorite old Active Items has returned with a new name to fit the Relic scheme. The ability to reflect damage is especially effective on high HP characters vs. Hunters, Mages, and Assassins.”

“Players can now become a phantom at any time, passing through players and the obstacles they create. Phantom comes with an additional bonus that removes the movement penalty for basic attacking, allowing Hunters and Assassins to be extremely aggressive.”

“By reducing the time out of combat, Blink will now function better as an escape if distance is created, or a re-engage tool. With its increased Cooldown in Season 3, we want to ensure Blink still allows players to use it in multiple ways.”

“Curse has been a potent Relic, due to its powerful Slow and ability to counter healers very effectively. In combination with other Season 3 item changes, healers have been struggling to make an impact, so this aspect of Curse is being adjusted.”

“Scout is meant to be a viable starting option for supports, but was often outclassed by other Relics. With Scout's new ability, supports can use it as a gold source for warding the right spots. This should both improve the viability of the Relic as well as improve games by definitively rewarding skilled ward placement.”

“We want Sunder to not only be a damaging ability, but reward players who hit the correct targets. Sunder will now provide an Attack Speed reduction to targets hit, as well as provide a more potent Protection shred. This allows Sunder to serve as a strong damage tool, as well as a serious debuff tool.”

“Teleport has long been a staple of the Solo Lane, creating interesting combat situations when used with wards and towers. With this change we aim to increase the amount of counterplay so that Teleporting feels more tactical and calculated, rather than an emergency entrance or exit.”

“Wrath is the primary Jungle control Relic, but hasn't been picked up often by the Assassins or Guardians of SMITE. With the increased damage to jungle bosses and the added Stun, this Relic becomes much more versatile while still serving its original purpose of jungle camp clear.”

“Relic augmentation is something we are very excited to try. Ritual Dagger is launching with a set of stats that is useful to a wide array of gods, allowing for many different types of Relic based strategies.”

“The ability to strengthen and weaken towers is a new and potentially powerful effect. Emperor's Armor will allow for Guardians, Warriors, or even some riskier tower divers to tip the odds in their favor when fighting around structures.”

“As an anti-Mage item for Warriors or Assassins, the additional damage from Ancile's old Passive wasn't proving very useful. Ancile now provides additional Magical Protection, as well as an additional form of Crowd Control. This added utility ensures that players who successfully ambush the enemy will have an extra advantage.”

“Bancroft's Talon allows players who are at low Health to be a major threat, but players needed to be in extreme danger to feel the full benefits of this item. Making the Power buff max out earlier lets players use the risk and reward mechanics of this item more effectively.”

“Early in Season 3 we made an adjustment to Golden Bow that shifted it from a niche item to a mainstay of Hunter builds. After review and a lot of community feedback, we don't feel that this was a positive change for the overall balance of the game. Hunters with Throwing Dagger or Golden Bow are too good in all lanes at all points in the game. Hunters are the staple duo laner because they need help in the early game to reach their full power level in the lategame. Throwing Dagger and Golden Bow removed that progression, while also washing out the differences between each god in the Hunter class. Hunters with stronger clear potential suddenly saw their advantages nullified. Guardians with stronger clear to augment weak early game Hunters also saw less play. Moving forward without this item will allow there to be specific pros and cons to each Hunter, as well as make the class easier to balance. SMITE had many successful seasons without this item, and only a small amount of time where it dominated the meta. We feel strongly that SMITE's core goals of pros and cons between different gods and different team comps will be much healthier without this item. We will keep a very close eye on Hunter balance going forward to ensure that there is a number of viable options.”

“Heartseeker's Passive was not providing enough power to justify buying it. By allowing the +40 Power to persist for three seconds this item will provide much more of a punch to players who can land many attacks in rapid succession.”

“Runeforged Hammer's new passive is meant to synergize with front line Warriors. Gods that want to infiltrate the enemy formation will be able to use this item to effectively mark a target for death with a single Slow.”

“Ghostwalk was an interesting ability but attaching it to an expensive Physical Protection item made it very difficult to use. With the changes to Relics in this patch we kept the Relic interaction on Spectral Armor, but changed the effect to be cooldown reduction. Tanky characters can use this reduction to combo multiple abilities with the use of a Relic.”

“AMC is seeing an increase to his early game clear to solidify his position as a Hunter with powerful lane clear but limited mobility.”

“Anubis has a focused kit that relies on high damage output and pinpointed Crowd Control. With the changes to Mummify and Death Gaze these strengths are highlighted, allowing Anubis to have more control over the fights he commits to.”

“Ao Kuang can burst down gods in a variety of situations. With a full set of damaging abilities and an execute, it is important that players have some time to react to him. Dropping the damage on his easiest to confirm ability will help in that goal.”

“Aphrodite is receiving a new Passive ability. Gods were considered for new passives based on community feedback and how the passive interacted with the kit. Her old passive only affected her Kiss ability, and has been relocated there. Her new Passive, Center of Attention, makes her increasingly harder to kill in large team fights, opening up her ability to support as a Mage. It also provides a unique bonus to her safety in that Aphrodite's stack number can alert her to enemies looking to gank her from the jungle.”

“While this change to Arachne's Web has balance implications, it's primarily being driven around improving the feel for both Arachne and for players on the receiving end of the ability. Web provided little to no feedback for enemy players, as it is just dropped on top of them instantly hitting. It was hard to understand what happened and why it happened. This new version will allow enemies to better read Arachne's actions, as well as provided more visceral feedback to Arachne players. This also adds a skill shot to Arachne, and with that extra difficulty the ability now always creates an initial web trail for her movement enhancement.”

“Fafnir was slightly underpowered launch, and will be getting some buffs to improve his abilities. Cursed Strength is designed to be a high risk high reward skill shot, so the Stun duration is being increased to make this worth the effort. Additionally, Dragon Breath is receiving a damage increase to make it more intimidating and help Fafnir confirm kills. Also, all of Fafnir's DoTs in Dragon Form have had their timing changed to apply damage on the initial hit for better readability.”

“Guan Yu's is gaining a new set of powerful tools to apply to different combat scenarios but his passive is being adjusted to only proc when at full stacks. Guan Yu has been locked into the role of group healer in the past but his new Passive will give him more ways to influence a team fight other than just healing.”

“Hel is seeing a variety of buffs to help her compete with other Mages. Her utility and healing are her primary strengths, so those are being augmented even further to make her an attractive pick over a standard burst Mage.”

“Similarly to Aphrodite, Ne Zha's old Passive only affected one ability in a way that didn't feel rewarding. The new Passive has a Critical Chance buff attached to it that rewards you for staying in combat. It also retains the heal from Flaming Spear but does not consume the stacks, removing the cumbersome trade-off of his old Passive.”

“Odin's new Passive fits his lore very well and gives him a unique killstreak play style. This ability triggers from the deaths of allied and enemy gods anywhere on the map, so Odin will be powering up anytime a fight is unfolding. His old Passive still exists as part of his Ultimate, rewarding players for confirming kills inside the Ring of Spears.”

“After experimenting with a few different passives for Vulcan we found that the best feeling came from a passive that rewards what he does best, poke enemy gods. His new passive increases his mobility and provides positive feedback to players that prioritize damaging enemy gods.”