“Patch 3.2 is here! Coming only a few weeks after the Season 3 Release, we are excited to bring the next Japanese god to Smite, Raijin! This Master of Thunder excels at using his drums to disrupt the enemy team from either close or far away. We are excited to see how everyone enjoys him when he hits the live servers.

The response from Season 3 has been fantastic, and we would like to encourage everyone to continue to send their feedback! In terms of Balance, we only made a few small adjustments and fixes to items this patch. We have seen rapid shifts in playstyle and new meta development and will continue to monitor the changes from Season 3 as a whole, so we can make more informed changes in subsequent patches.” 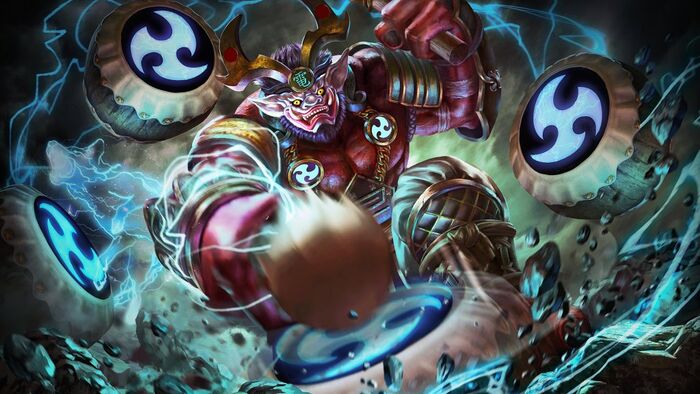 Raijin's drums gather static charges as he fires Basic Attacks and Abilities. When all four drums are charged, his next ability does additional damage. Basic Attacks grant one Charge.

Raijin sends a bolt of lightning crashing down at a target location, damaging and mesmerizing enemies. Raijin himself ascends into the sky and crashes down at that location shortly after, doing a second burst of damage to all enemies in the area. Cost: 70/75/80/85/90. Cooldown: 15s.

Raijin flies above the battlefield, beating his drum 4 times to summon 4 peals of thunder in rapid succession, each a choice of three beats. Cost: 90. Cooldown: 90s.

Spear of the Magus