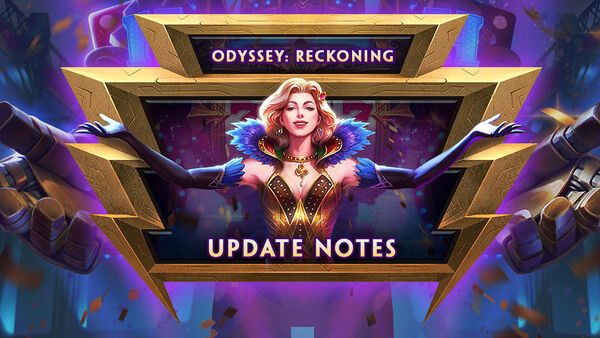 Am I going to have to change my hoodie with all these nerfs?! Amaterasu is continuing to outperform the rest of the solo lane field, especially in pro play. Amaterasu was always expertly designed as a god with strong late game team fight presence, but recently her early game has also been made better in a variety of ways. This has led to her being simply too dominant across the entire match. Her Auras provide a huge benefit to her team, and feel like a defining feature of the goddess, so instead we are tuning down her damage, mostly on the higher ranks of her ultimate.

Cthulhu left a large footprint on the battleground of the gods. Players are still banning him at the highest rate among all the gods, even with the recent nerfs. We have seen significant moves in Cthulhu’s win-rate based on the past nerfs, and the god has decreased considerably. We are decreasing his damage output from his Ultimate, especially in the late game, where the great dreamer can run down and kill nearly any opponent.

Everyone’s favorite misshapen little buddy has really skyrocketed in the meta after direct buffs and favorable meta changes. Cupid is a top pick in ranked and pro play for the ADC role, bringing a stronger laning phase than his older days. There are going to be some Hunter item nerfs coming up, and this god has only recently come into the meta with relatively low community frustration, so we are keeping his nerfs light. We are focusing on decreasing the amount of sustain that Cupid can provide to himself or his team now that his lane clear is as strong as his team fights.

As we look to bring down the top Hunters and Hunter items slightly, we must also look at the top mage ADC. The Hecate’s ring nerfs have settled into a good place, with mage ADCs feeling viable but not overpowering. Freya however continues to be a top pick at competitive levels of SMITE, so we are lowering her ability to chase down enemies and confirm kills with her ult. These multiple shots really add up to a huge amount of damage that make Freya especially hard to deal with.

We are still monkeying around with the numbers on this one. Hun Batz was recently nerfed, then fell too far so we reverted it. Now, even though his stats had fallen to dismal levels, he was still being considered as a top jungler pick in pro play, with many pros feeling like the recent revert makes him too strong. We are adjusting this one more time (hopefully) to a solid middle ground. Further changes to Hun Batz (if needed) will look at other aspects of his kit.

Rama is right up there with Cupid as the new meta standard for ADCs. Since he will also be affected by the item nerfs coming up, he is only seeing a small nerf. Currently his ability to nearly perma-slow enemies is too potent, especially in the early game. We are decreasing this slow duration to make sure the enemy hunter has a chance to fight back against him.