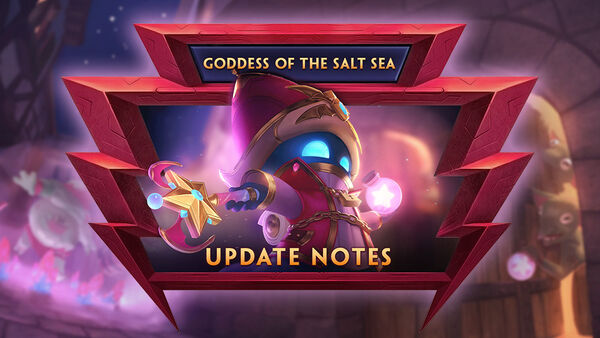 Healing rose up the meta through the end of Season 7, and we introduced a new rule to combat that in Season 8. The 8.1 changes focused on nerfing out of combat healing and actually slightly buffed healing in combat through the nerfing of anti-healing items. We have gathered a lot of data and feedback on 8.1 and seen that healing has continued to be a very powerful strategy, so we are taking further steps to nerf it. First, we are buffing the Global Healing Reduction Aura by making the duration even shorter, making sure players are healing in combat and not short windows after it. Out of combat healing was a large concern from player feedback, but it statistically is not the bulk of healing done in matches. That is done in combat. So we are also reverting all of the healing reduction percentage nerfs from 8.1. This will be watched closely throughout the next update and we will consider nerfing individual gods or healing in other ways if the issue persists.

An additional nerf to healing items that doesn’t quite fall into the previous categories is the cost of this item. This was unintentionally lowered a while back when some Tier 2 items were being rebalanced. It wasn’t as much of a concern at first but as healers like Guan Yu and Camazotz started rising in popularity we wanted to fix this, which also nerfs the item.

Another topic that’s a large part of the current meta is Hunter balance. Hunters are pretty commonly regarded as the most impactful role right now, and some stats back that up. A few key items are rising well above the rest. Fail-Not offers pretty much everything a Hunter could want, so we are toning down its base stats while bringing up the effect of its passive slightly.

This shield was pivoted to be more aggressive, and it looks like it was clearly over-statted. Hunters were picking this up at the same rate as Warriors or Assassins, but instead of restricting its class usage we are bringing it down a small amount in a way to affect multiple roles.

Instead of nerfing more Crit items, we are buffing the counter crit item, Spectral Armor. This item has potent base stats but wasn’t quite enough to keep hunters in check, so its seeing a buff specifically to its passive that counters crit.

This item has been tweaked a few times, but high burst mages are still making big impacts in the late game through the additional power scaling on this item. We are decreasing that bonus scaling even further while also giving this a bit more base power to help it apply to a wider subset of mages instead of a specific few who abuse it like Nu Wa.

When looking for top meta nerfs, this one was clearly written in the sky. Apollo has some exceedingly high metrics, currently as the absolute most played god in ranked conquest. Apollo’s global pressure lets him make plays that many other Hunters can’t and that is the nerf we are looking to apply. Some other buffs have happened recently to help Apollo’s laning but we would rather not revert those, as many players expressed a high amount of frustration with trying to get him through the early lane phase.

The solo lane is raging over this god. He is the perfect example of high aggression early game, which can snowball the lane and even entire matches. He got a big boost from the 8.1 item changes and is performing well in the meta as a whole, and these nerfs counteract that and help stabilize the role.

This small fellow packs a big punch. Danzaburou received a few nerfs already and his win% has come down, but his pick and ban remain extremely high. We are decreasing his primary damage ability as well as the stun duration on his ultimate to nerf him in both damage as well as CC.

When you win a world championship with Scylla people don’t soon forget it. This goddess has spiked in popularity ever since the PK Squad showed us how to play her. The 8.1 meta was also quite favorable toward her, with some new items smoothing out her usually rough early game. We are looking to scale down her late game slightly to even out this boost from itemization.