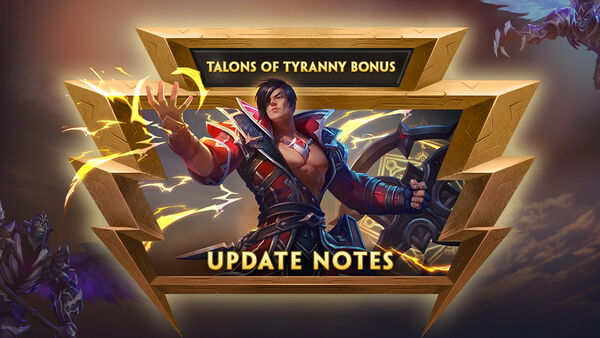 The honeymoon is over, duo queuers. Aphrodite has become a top pick even in competitively ranked conquest over the past season. Healing nerfs have helped but not quite done enough, so we are looking to nerf the goddess of love directly. Love Birds is a huge swing of the fight in a single ability, able to heal up to 2 targets for a large amount while dealing considerable damage. We are looking to slow down the uptime on this ability to provide more windows to take down this goddess in team fights.

This hotshot just won’t let up. Recently Apollo was nerfed directly while a few of his top items were also nerfed. Apollo was even more resilient to the nerfs than other hunters though, so its time to nerf again. Apollo’s lane clear is finally in a good spot, so now we are looking to take down his utility. Serenade is a surprisingly strong CC and self peel ability for a hunter, so its protections and duration are being decreased.

Is this closed beta?! Nerfing Guan Yu is rather rare, but through his buffs last year as well as the rise of healers as a whole, the god has been dominating the solo lane. Guan Yu now finally has the damage he needs to content the early lane phases, and we aim to keep that where it is. However, even through the healing nerfs of recent updates, he has held strong by providing huge amounts of utility to his team. His heal and dash are being increased in cooldown to take this down. He can still decrease his own cooldowns through hitting abilities, a unique feature that we want to preserve, but lowering this top end should still have a noticeable impact on him.

This god is zoomin’ across the battleground. A new, larger map means new opportunities for Janus’ crazy mobility. This god has skyrocketed in pick priority since his rework arrived with Season 8 Conquest. He is still struggling to make an impact on the win% charts, but we are applying a nerf here to specifically handle his frustration features. Janus should be a little easier to run down in the future.

Often thought of as on a counter-pick, Nemesis is currently providing a lot to teams in any situation. This goddess is putting up some crazy high pick/ban and win% numbers – even though a lot of her usual targets are out of the meta. Nemesis can turn a fight with a single shield, especially in a 1v1 situation, so we are looking to nerf this instead of affecting her dps or clear speed.

After a strong launch, then some hefty nerfs, the newest Moon God fell into a state of uncertainty. Tsukuyomi brings high damage and control, but lacks the mobility of most assassins, often causing players to struggle to fulfill the needs of the role, especially in the late game. After some time and practice, he has emerged as a top performer yet again. We are taking down the base damage on two of his primary damage abilities to offset this.