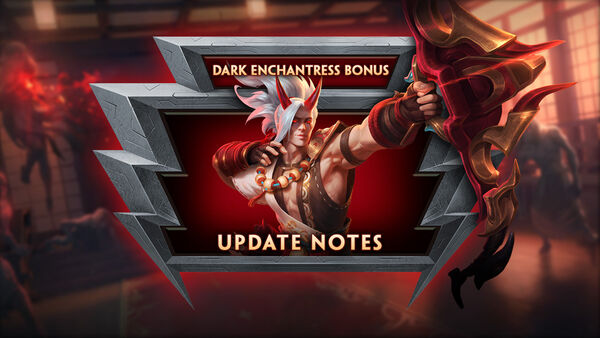 Soul Gem brings both strong burst and strong utility combined into one package. The overall potency of this combo, especially on gods capable of quickly stacking its effect. A soft adjustment to its damage output should make sure its overall power is in line with more focused choices.

Charon’s Coin has seen a huge influx in overall play since our last buff. At the time we increased Magical Power and decreased its cost. We are reverting one of these buffs to find the middle ground for that buff.

Stone of Gaia provides a large influx of health and restoration in addition to bring a strong counter to a slew of gods. The passive should feel like a strong bonus when built in the right situation but at its current strength certain gods are better off not engaging. A reduction puts it closer to being a strong bonus.

Similar to King Arthur, Cu Chulainn brings high offense with his base damage, making him difficult to damage and difficult to survive against at the same time. We are bringing down his free survivability from Berserk and toning down his largest burst in both forms. Spear of Mortal Pain in particular is also gaining a longer cooldown which lowers how often he can contribute large CC to a fight while staying outside of Berserk.

The King of Uruk has lived up to his name, sporting a very potent win rate, pick and ban rate, and a resilience to the nerfs we have already implemented. Drop Kick in particular had an issue causing it to deal significantly more damage than intended in moments that matter the most; when a god is kicked into a wall. Fixing this alone is a large nerf but probably not enough on its own. We are also increasing the cooldown on Drop Kick and lowering the initial burst on Winds of Shamash. These changes should lower the frequency and impact Gilgamesh can bring in a fight.

Janus’ ability to consistently engage a fight with a close range Through Space and Time and delete players’ health while opening a path to engage makes him an incredibly potent pick in the SPL. Combined with some item synergy around Soul Gem and Staff of Myrddin it is no wonder he is seeing the play he is. Through Space and Time is seeing a decent hit to its damage, lowering just how devastating this ability is when it connects and bringing its strength more in line for the level of utility this ability brings to a team.

King Arthur has had a spotlight on him for some time, with him and Cu Chulainn running the solo lane at high levels of play. Our last adjustment brought down his performance overall but didn’t alleviate his overall impact. The high amount of abilities with high base damage means King Arthur doesn’t have to choose between tankiness and being a threat that can run down enemy carries. A reduction to his base damage across the board and the lethality of Excalibur’s Wrath should take some of this pressure off unless King Arthur has invested in more offensive choices.

The Dark Enchantress and array of spells have definitely made their mark on the battleground. While her early numbers were looking close to balanced we have seen a notable rise as players have learned what they can do with Morgan Le Fay. Her overall damage is very high and her win rate is climbing. Her primary damage and control comes from Sigil Mastery and its low cooldown makes it a constant threat to enemies. A cooldown increase should make this threat more manageable.

Persephone has been harvesting some wins with her recent rework. In particular she can generate a lot of Harvest Flowers and when combined with Flourish she can unleash a large amount of burst quickly. Harvest will now happen less frequently and we are removing scaling on the Bite and Flourish, lowering how often and how powerful this combo is when executed.

Raijin brings the thunder at the top levels of play. Consistent damage combined with strong burst and a powerful CC ultimate makes him a potent threat. We are increasing the cooldown on his consistent damage while lowering his long duration CC on Raiju, enabling enemies to better avoid the incoming skillshots from Raijin.

Sol previously had a significant amount of time that was baked into these abilities, resulting in a significant delay before she could throw Stella Burst and a significant delay from taking other actions after throwing. This broke, causing these to be instant. Overall this bug was received so well that we have feedback that players would rather he see nerfs elsewhere than to have this delay return. These delays we are re-introducing are minor and overall preserve the feeling of the bug while also providing a small window for things like animations to play without breaking. In short this should result in less clunky visuals but preserve the clunk-free gameplay.

Sun Wukong may not have the same attention as King Arthur and Cu Chulainn, but we had and heard concerns about him potentially taking their place once they were nerfed. This might prompt questions about why not nerf Bluestone rather than Sun Wukong but in general we feel we have found a solid spot for its overall power level and would rather bring other starters and build paths to its level than nerf it more.