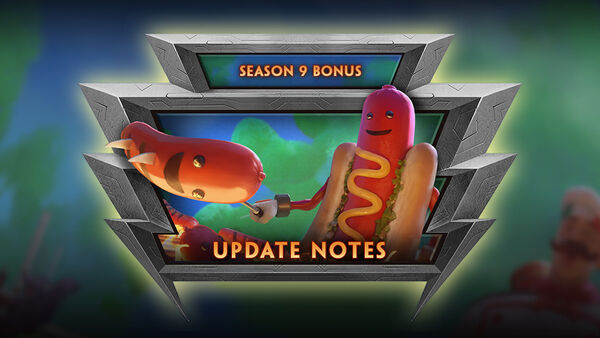 The new season has just begun and there is a lot of mystery on the battleground! We are still collecting a lot of data and feedback on what types of gods and items are performing the best, and so we are approaching this bonus and main update carefully. Players are still figuring things out and we don’t want to rush into anything. This will be a lighter update but we expect to learn much more about the meta in the coming months.

This Relic was looking like it could use a nerf but before we could get to that we found situations where it was dealing more damage than intended. That’s being fixed first and we will keep a close eye on it for the possibility of future nerfs.

Defensive Relics that can deal damage is a scary concept so we are getting ahead of them just in case they are too good at hard countering certain gods. Chaotic Beads will now deal Current Health instead of Max, which decreases heavily as you take damage, and it can be mitigated better as Magical Damage. Aegis of Judgement is also being adjusted but it required more programming changes and will be in the main update.

Meditation was reworked toward the end of last season and jumped up quite steeply in popularity and win%. This has persisted into Season 9 even with some buffs to anti-heal items, so we are nerfing the healing across all forms of this relic to help give the other support options their time to shine in the new season!

Cloak of the Ascetic

Cloak of the Avatar

The most popular Solo Lane item has been nerfed a few times, and we are starting to see change, just not enough. We are applying another nerf to Warrior’s Axe and its primary upgrade to help bring more diversity in starting items to the role.

One Tier 3 item seemed to be contributing to the most top-performing gods. Crusher has become a catch-all for Physical DPS gods, especially being better on Hunters than it ever has before. We are decreasing the attack speed slightly to decrease the potency of this item, especially in Hunter builds.

Truly the star of the show as always… Achilles has been putting up HUGE popularity numbers and is by far the most played god in the Solo Lane, and often flexing into the jungle. He tends to perform much worse at lower skill levels, so we are keeping his nerf on the lighter side and just taking down some damage scaling on his primary damage ability.

The cat is out of the bag, Bastet is very strong. The rework to her Ultimate and passive gave this god a huge amount of extra utility and survivability. She has been nerfed before but still needs to be nerfed again. We are focusing specifically on her new features for this nerf, decreasing the lifesteal and damage on those abilities.

Don’t sleep on the bat. This god continues to be a top ban and top pick at high ranks of Conquest, and had great results in the world championship tournament. Camazotz can output a huge amount of damage while also being incredibly evasive. To limit his movement, we are increasing the cooldowns on both his leap and his ultimate.

The top support at SWC wasn’t a support at all, but an Assassin! Fenrir brings a powerful CC suite to his team, and with the ability to lock down a specific god he can really swing a fight even when built full tank. We are nerfing his Ultimate to slow down that pick potential for now while we continue to look at Assassins in support and prepare more changes. We don’t mind a little flex potential but we want to make sure that plenty of Guardians remain viable in the lane as well.

As we continue to count down the top gods of 2021, there is no way we could skip over Gilgamesh. This god performed well at SWC and carried that strength into Season 9. As he often is prioritized more in the Jungle we are looking to nerf his damage in a few more places.

Hunters are doing very well in the new season, if with the nerfs to crit. Izanami is the highest pressure hunter of them all, which allows her to create an even more powerful lead with the new harpies in duo lane. She is going to see a small nerf to her primary damage ability to make sure that her opponents can have some chance to catch up to her.

Speaking of early pressure, Mulan has been bullying the solo lane nonstop. It took many changes to bring this goddess up to viability and as excited as we are to finally see her do well, we are seeing some frustrations bubble up. We are taking down the early game damage on Spear Thrust by a noticeable amount so that her opponents can better face her down in the Solo Lane.