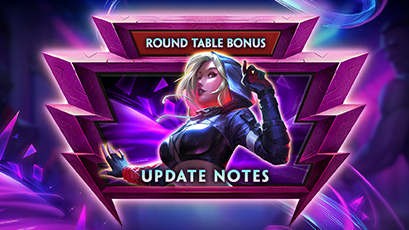 We’ve been seeing an increase in bee stings across the battlefield, and it looks like the main perpetrator, Ah Muzen Cab, has been caught at last! Stinger has the potential to be used frequently if it gets picked up, so increasing its overall cooldown will ensure he’s stinging fewer folks.

The Lord of Darkness has really stolen the spotlight recently! We have seen this god rise heavily in Win Rate and Popularity, and his pro presence has extended beyond the duo lane. We are toning down his burst damage, which should also affect his wave clear. We are also removing some survivability and chase down potential from his Ultimate.

The Queen of the Valkyries saw a massive increase in popularity and win rate in 9.6, and while we’re glad she’s back, we think her potential needs to be dulled just a smidge. As such, we’re splitting the difference between her old values and her most recent buff to put her in just the right place.

We have been happy to see the player excitement around Lancelot, but it seems he may be lancing a little bit too much! We are toning down his damage in this update and have chosen to focus on Base Damage instead of scaling in order to preserve his identity as a hard hitting Assassin.

While we respect Mercury’s need to go fast, he has sped to the top echelon of Win Rate and Popularity and we have to slow him down a little bit. We are making his opening punch a little bit less potent and making him wait a bit longer in between breaking the sound barrier.

Justice may be blind, but it’s easy to see that Nemesis has been strong since the 9.5 update. Divine Judgement in particular saw a rise in strength due to all gods receiving increases to their Health and Physical Protections, so it is what we are focusing on for her nerf.

The Glorious One has been a bit too Glorious for his own good recently. With some recent buffs to itemization that benefit him and a consistently high pick rate in both ranked and pro play, this time Ullr is the one getting the axe.