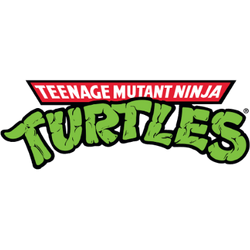 The TMNT Battle Pass was the twelveth Battle Pass to be introduced to SMITE and the sixth battle pass in Season 7. It was released on November 3, 2020 and ended on January 26, 2021.

Everyone's favourite ninja-fighting turtles: The teenage mutant ninja turtles join the Battleground of the Gods in an all-new Battle Pass. Earn Battle Points while playing SMITE to unlock the Leonardo Osiris, Raphael Loki, Michelangelo Mercury and Donatello Sun Wukong skins. You’ll also earn all kinds of incredible content such as Turtle Power Loading Frame, Shredder Death Stamp, and more as you level up through each of the 120 levels.

Get an instant boost to level 25 by purchasing the TMNT PLUS Battle Pass. This option instantly unlocks all rewards up to level 25, including Raphael Loki.

Every SMITE player earns rewards, even without purchasing the Battle Pass. Begin leveling on day one and unlock awesome loot for the FREE track including the TMNT Global Emote, chests, and more!

Theres also a chest in the SMITE store themed after TMNT: Radical Chest. It will be available for the duration of the battle pass where you can get bonus content like the turtle's master and father figure: Splinter Hachiman and their ultimate enemy: Shredder Ravana!

All players can complete additional quest objectives to earn extra battle points. There will be 24 quests in total, with two new quests being made available each week. All quests can be completed at any time up to the very end of the battle pass. Completing all quests will grant a total of 12000