Terra Mater, quite literally the mother Earth, rests dormant beneath every living thing. Upon her flesh, trees stand like hairs, rivers weave like veins, and oceans lap against her sides. Long has she slept; since her son, the Titan Saturn, was cast down by his own son. It had all gone so wrong.

At the forging of creation, Terra was split from all other primordial matter to form the earth. Above her, Ouranos, the sky, suspended angelically. She loved him immediately and made him her king. Their children were Titans, beings even more powerful than they. In his fear and jealousy, Ouranos buried the Titans within the earth. Terra began to see the arrogance, the vanity, the hatred in her husband. Conspiring with her children, she freed them and overthrew Ouranos.

Youngest of the Titans, Saturn ruled next. Terra could not have been more proud, but prophecies claimed Saturn would be defeated by his children, just as Ouranos had. To prevent this, Saturn consumed his offspring. All but one. Jupiter escaped, and with righteous fury split Saturn open, unleashing his swallowed siblings. Violently, they defeated the Titans, Terra's children, and claimed the world as their own. Mournful of the children she lost, Terra slept. And ages passed.

But the ravages of a new war have scarred her skin. Her grandchildren, those arrogant, vain, treacherous Gods that stole the world from her son, those Gods, so reminiscent of Ouranos, bleed into her bones with every battle. Now, she finally rises from her slumber. She rises to claim the throne for herself. 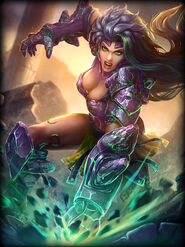 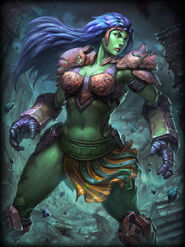 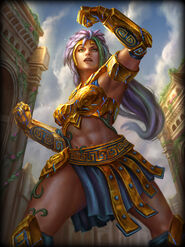 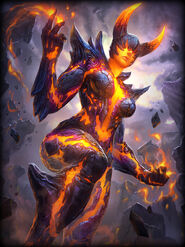 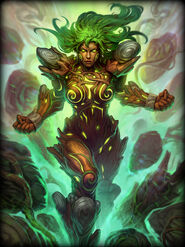 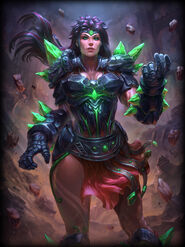 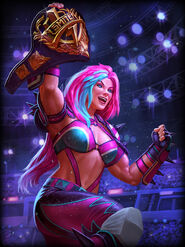 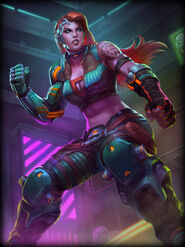 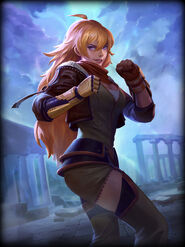 Yang Xiao Long
Exclusive
Add a photo to this gallery 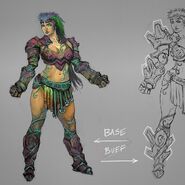 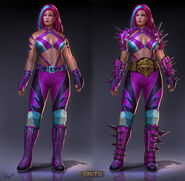 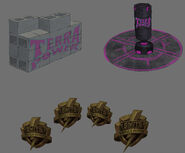 Terra.Byte by Kiana Hamm
Add a photo to this gallery

As Terra, root 3 or more enemies using the Monolith ability.

As Terra, activate Terra’s Blessing and buff all 5 members of your team in a single cast.

SMITE Behind the Scenes - Terra, The Earth Mother

Retrieved from "https://smite.fandom.com/wiki/Terra?oldid=23440"
Community content is available under CC-BY-SA unless otherwise noted.